Charles Travis received his BA from the University of California, Berkeley, and his Ph. D. from UCLA. He has taught in the U.S., Canada, The Netherlands, and the U. K., having spent most of his career in the last 3 countries.

He speaks Dutch/Flemish, some French, and some Portuguese.

In the Institute of Philosophy of Porto he is responsible, together with Sofia Miguens, for the global coordination of MLAG. 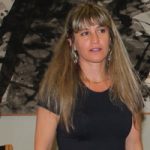 Sofia Miguens is Associate Professor (Professora Associada com Agregação) at the Department of Philosophy of the University of Porto. Her MPhil and PhD studies were supervised by Fernando Gil (École des Hautes Études en Sciences Sociales (EHESS)), Paris / New University of Lisbon (FCSH/UNL). She was a Visiting scholar at New York University (Fall 2000) and a Visiting Research Fellow at Institut Jean Nicod-Paris (2007-2008). She was President of the Portuguese Philosophical Association (Sociedade Portuguesa de Filosofia, SPF) (2004-2006) and Head of the Philosophy Department at FLUP (2008-2010). She has been a member of the Board of the Institute of Philosophy since 2007 (2007-2008) (2008-2010) (2010-2014). She is the Founder and Principal Investigator of MLAG (Mind, Language and Action Group), which she now coordinates with Charles Travis (King’s College – London). She is author of five books and editor of ten others. She has published about sixty articles, review articles and book chapters in Portuguese, English and French. 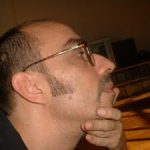 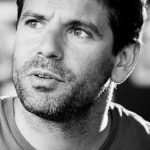 João Machado Vaz recently finished a dissertation under the title of “Schizophrenia, Minkowski & Bergsonism“. He is particularly interested in the history of psychiatry, phenomenological psychopathology and psychoanalysis. He was co-supervised by Sofia Miguens (Philosophy, U.P.) and Rui Mota Cardoso (Medicine, U.P.). João was born in 1977 in Porto where he currently lives. He graduated in Industrial Engineering in 2000 (U.P.) and in Psychology in 2010 (U.P.). His experience as a Psychologist concerns mostly psychotherapies and psychological evaluation of both outpatients and inpatients of Psychiatric departments. 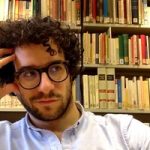 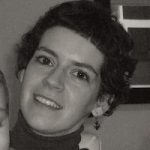 Manuela Teles works at the crossroads between philosophy of language, philosophy of perception and aesthetics. Her PhD was earned at FLUP and was funded by the FCT. The thesis compares Michael Dummett and Charles Travis’ interpretations and developments of Gottlob Frege on perception.
While finishing her PhD thesis, Manuela was an Invited Assistant Professor at ESE/PP, teaching Art History and Semiotics, among others. She also earned a scholarship as a researcher on contemporary aesthetic theories, at IFILNOVA.
As a member of MLAG, Manuela was co-editor of Aparência e Realidade 2010 (with Prof. Sofia Miguens) and Aspetos do Juízo/Aspects of Judgement 2010 (with Prof. Sofia Miguens and Prof. João Alberto Pinto). She was also part of the organization committees of several meetings and colloquia. 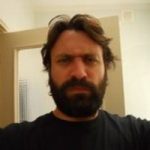 Mattia Riccardi graduated in Milan, Italy, before earning a PhD in Berlin, Germany (Humboldt side). In 2010, he joined the MLAG research group at the University of Porto, where he worked on a post-doc project on “Embodied Intentionality”. His work has focused on Nietzsche and Kant (primarily, their metaphysics and epistemology) and, more recently, on philosophy of mind. His other areas of interest include morals and philosophy of biology.

Architect (Escola Superior de Belas Artes do Porto, 1975), MA Philosophy (Faculdade de Letras da Universidade do Porto, 2009). Metadisciplinary PhD dissertation in Architecture and Philosophy –  [Arquitectura∩Filosofia]: Contribuição para a investigação da Complexidade do Projecto. Modelos Operacionais no Domínio Arquitectura Património Museu (FLUP, 2015).  Researcher at the Institute of Philosophy at the University of Porto. Founding member of MLAG and current coordinator of research Project Autofocus. Professional activity as both architect and teacher after 1975 shaped research interests: Architecture and Philosophy, animal and vernacular architecture; analysis of agency in design processes and systems, the ontoepistemological framework and metaphysics of agents in the real world. 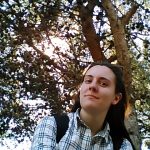 Her main research interests lie within the Philosophy of Mind and its intersections with the Philosophy of Language, Epistemology and Metaphysics. In particular, she is currently interested in the role phenomenal concepts play in some of the most challenging metaphysical and epistemological debates in the contemporary Philosophy of Mind. This is the main subject of her research, focused on the so-called Phenomenal Concepts Strategy, in which she has been working on since April 2018 under the supervision of Manuel García-Carpintero (U.Barcelona) and Sofia Miguens (U.Porto).

In addition, she is also deeply interested in a wide range of other topics, such as Aesthetics, Philosophy of Action and History of Philosophy. 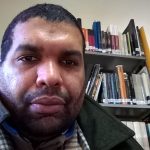 Eustáquio Silva is currently an MA student at the Faculty of Arts and Humanities of the University of Porto (FLUP). Previously, he obtained his undergraduate degree in Philosophy at the Federal University of Pernambuco (UFPF, Brazil), with a thesis entitled “O argumento da Impossibilidade de uma Tradução Radical em W. V. O. Quine”. He has worked on many topics such as the concepts of meaning/reference, sense and thought, theories of meaning and reference, and the relation between “mind” and “world” and words and objects. His research interests lie mainly within the history of contemporary philosophy, in particular the philosophy of Gottlob Frege, Bertrand Russell, Ludwig Wittgenstein, Saul Kripke, Gareth Evans and John McDowell. 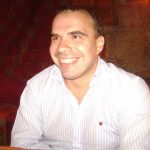 João is working on the philosophy of John McDowell. 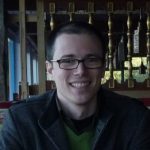 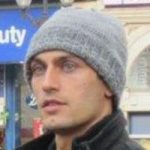 Luís graduated in Philosophy (with specialization in philosophy teaching) at University of Porto in 2006. Since then he has been a Philosophy teacher in several Highschools in Portugal. He is the author of two Philosophy textbooks and several papers, mainly on ethics. He his responsible for teacher training programs such as: Introdução à Metaética Contemporânea (FLUP), O que é a arte? – uma introdução à estética e à filosofia da arte  (FBAUP) and O problema do livre-arbítrio no Programa de Filosofia do Ensino Secundário (Edições Asa). He is currently a  PhD student (FCT – PhD studentship: SFRH/BD/112504/2015) at LanCog Research Group/Center of Philosophy – University of Lisbon. 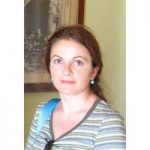 Anna Ciaunica is affiliated both with the MLAG and University College London. Her research focuses on atypical forms of bodily self-consciousness in two major conditions: Autism Spectrum Disorder (ASD) and Depersonalization Disorder (DPD). I am also PI of an interdisciplinary project examining the mechanisms underlying atypical self-processing and self-other mirroring in DPD. I collaborate with artists and clinical psychologists in order to create immersive experiences and empathy through narratives, light and sound. She is the organizer of DISSELF 2018 – (Dis)Embodied Perception of the Self and Other and was the principal investigator for the project Estranged from Oneself: Depersonalization and multisensory integration in autistic embodiment.

Carlos Mauro is brazilian and an economist by training (BSc, São Paulo), with a Masters degree in Public Policies. He used to teach at FAAP, São Paulo (an Economics and Management school) until he came to Portugal in 2006. He has a PhD in Philosophy (thesis: “Uma Teoria Deflaccionista da Racionalidade na Acção”). He coordinated the Action, Agency and Rationality area of MLAG, and is the founder of X-Phi Lab. 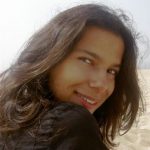 Clara worked on a dissertation on “Ego e consciência” (Consciousness and the self). She is especially interested in Sartre. With Rui Vieira da Cunha she has taught the seminar “Técnica, Linguagem e Poder” at FLUP. 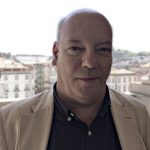 Paulo Tunhas is a Professor at the Department of Philosophy of University of Porto. He teaches Modern and Contemporary Philosophy at graduate and undergrate levels. He did his studies of Philosophy in Porto, Cambridge and Paris. He has a PhD from the École des Hautes Études en Sciences Sociales, Paris (supervisor: Fernando Gil; title: Abîmes, passages, limites. Système et pré-système chez Kant). 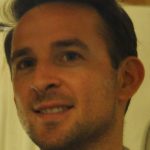 Pierre-Jean Renaudie received his PhD in Philosophy from Paris-Sorbonne University (France), where he taught Philosophy from 2004 to 2012 and defended a dissertation on Edmund Husserl’s theory of knowledge the emergence of phenomenology at the turn of the XXth Century. In 2013, he earned a FCT Post-Doctoral Research Fellowship and joined the MLAG research group at the University of Porto to work on a research project on the shortcomings of self-knowledge in phenomenology and philosophy of mind. His research explores the moral and epistemological difficulties that stem from the privilege granted to the first-person’s authority in self-knowledge.

Pierre-Jean published a book on the relations between language and perception in Edmund Husserl’s phenomenology (Husserl on Categories. Language, Thought, Perception, Paris, Vrin, 2015), and several articles in French and English on topics related to intentionality, self-knowledge, epistemology, phenomenology and psychology. He wrote on Kant, Brentano, Husserl, Heidegger, Sartre, Derrida, and is interested in showing how phenomenological analyses can address some of the challenges brought up by analytic philosophy of mind (mainly in the works of Sellars, Castaneda, Shoemaker, McDowell, Moran…). He has worked as a researcher in France, Australia, the USA and Portugal. 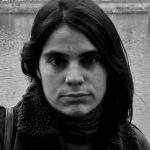 Susana worked on a dissertation, entitled “O que é agir moralmente? Razão, Natureza e Meta-ética” (“What is it to act morally? Reason, Nature and Meta-ethics”), on the natural foundations of ethics, focusing on the characterization of moral agents and their ethical decision-making processes, in an attempt to assess what naturalistic accounts of morality might contribute to moral philosophy.  As a part of MLAG, she was a team member of the project “Conversations on Practical Rationality“, editor of  a number of volumes, including “Ser ou Não Ser Kantiano“, “Frege e Intérpretes de Frege“, “Conversations on Human Action and Practical Rationality“, “Mente, Linguagem e Acção – Textos para discussão” and “Acção e Ética – conversas sobre racionalidade prática“, and co-wrote with Sofia Miguens the book “John McDowell – uma análise a partir da filosofia moral“.