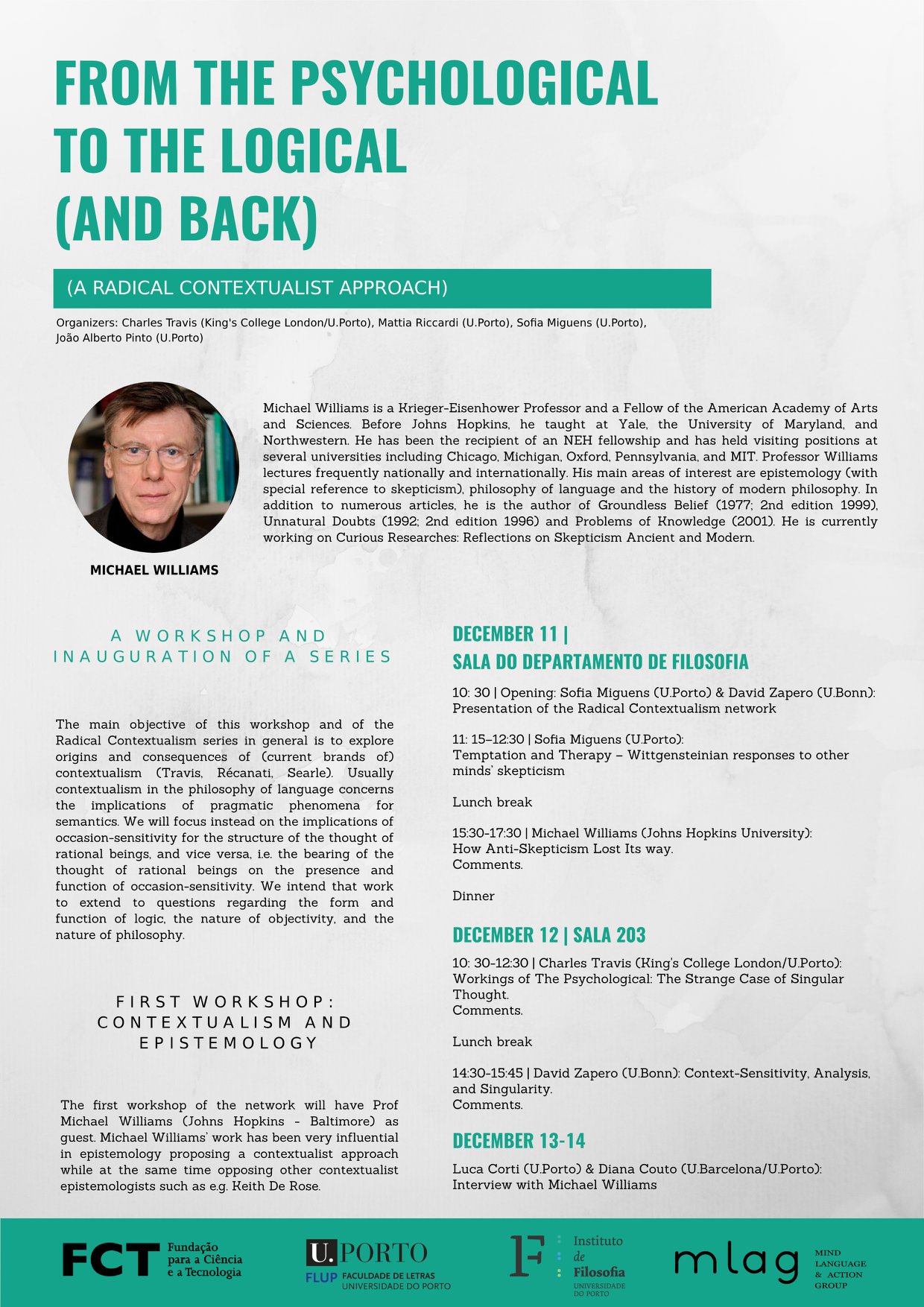 A Workshop and Inauguration of A Series

The main objective of this workshop and of the Radical Contextualism series in general is to explore origins and consequences of (current brands of) contextualism (Travis, Récanati, Searle). Usually contextualism in the philosophy of language concerns the implications of pragmatic phenomena for semantics. We will focus instead on the implications of occasion-sensitivity for the structure of the thought of rational beings, and vice versa, i.e. the bearing of the thought of rational beings on the presence and function of occasion-sensitivity. We intend that work to extend to questions regarding the form and function of logic, the nature of objectivity, and the nature of philosophy.